The second day was absolutely good! In the morning I prepared our portions for today. I decided we deserve a chocolate-raspberry shake, and it was good indeed! 🙂 I mixed it with delicious almond milk. During the day I was invited for a tasty coffee, but I was a hero and I managed to reschedule it. By the way, I wasn’t hungry all day!

Yesterday both of us had our workout/fitness classes, this evening after drinking the aloe juice we went on a short hiking tour to the hills nearby. After that, we completed our fitness sessions with some kettlebell and abs training at home. 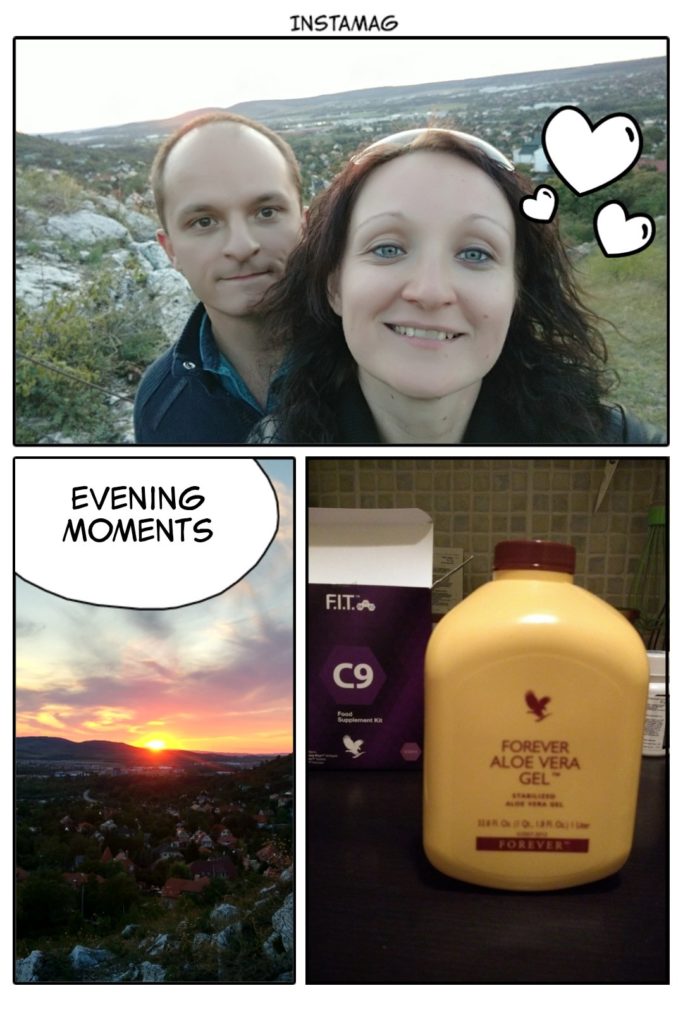 This was a good day! We are doing really well, and from tomorrow, it’s a piece of cake – not literally – I’m excited about how alive we will be from the extra energy we get! When I told Zoli that from tomorrow there will be two shakes on the menu, he asked whether it will be too much 🙂

But let’s see how he felt today:

“Honestly, this day wasn’t harder than the first one. The taste of aloe became bearable, but I’m probably never going to like it. But if you think about it, nobody likes the taste of beer as a kid, yet when we grow up, most of us begin to like it somehow 🙂 But that’s far from now with aloe.
After lunch, I felt that I need something, but that’s what “allowed” fruits and vegetables are for, so I grabbed an apple and later another one in the afternoon.
Let’s go home, dinner, short hiking, then some kettlebell at home. Plus two tomatoes.
They say the second day of C9 is the hardest. Hope it’s true!“

You can find out more about which cookies we are using or switch them off in settings.

This website uses cookies so that we can provide you with the best user experience possible. Cookie information is stored in your browser and performs functions such as recognising you when you return to our website and helping our team to understand which sections of the website you find most interesting and useful.

Strictly Necessary Cookie should be enabled at all times so that we can save your preferences for cookie settings.

If you disable this cookie, we will not be able to save your preferences. This means that every time you visit this website you will need to enable or disable cookies again.

This website uses Google Analytics to collect anonymous information such as the number of visitors to the site, and the most popular pages.

Please enable Strictly Necessary Cookies first so that we can save your preferences!